I’ll never remember everything, and there’s little things that I can’t fit into these categories, but here’s a retrospective of all the input I took in this year, all the thoughts I let invade my head to try and quiet it down a little bit, or conversely, wake it up from the modern malaise.

And yes, many of these are not even from this year, because I’m not part of the intelligentsia that get to actually keep up with culture, thank you very much. This is the art and media that I got the chance to experience this year, alone or with friends and family, and there’s so much good old stuff that who cares about recent? (Me. I do. But I can’t afford it so, oh well.)

I didn’t read as many as I wanted, only 18 this year, and truthfully many were graphic novels which is cheating, but oh well these are my favorite proper books I read this year: 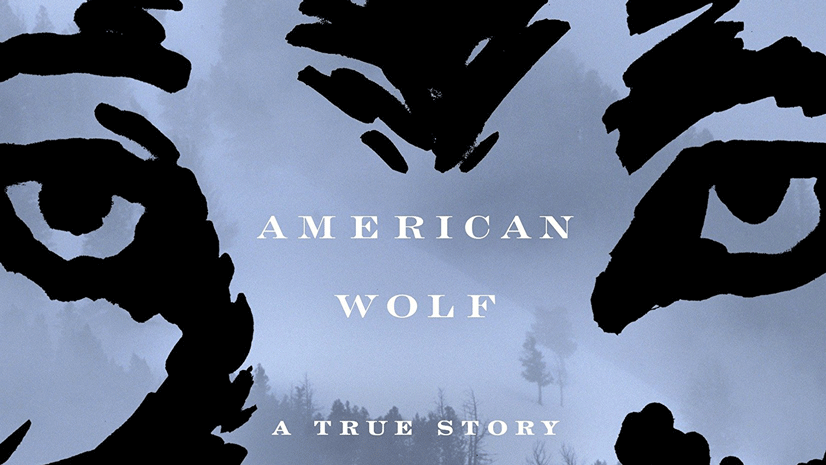 American Wolf: A True Story of Survival and Obsession in the West by Nate Blakeslee (2017)

Much like Planet Earth, my all-time favorite filmed thing ever, American Wolf brings me the same sense of comforting humility before nature, and the same flabbergasted exhaustion from how we attempt to shape it. As much anthropology as zoology, this was also a key text this year in trying desperately to reconcile with how different life across this country can be. Stories of families subsistence-hunting for caribou next to bureaucrats murdering wolves for farming conglomerates sit side by side to each other, all in the shadow of the beasts that truly rule Yellowstone.

The Collapsing Empire by John Scalzi (2017)

By throwing all sense of portentousness to the wind and instead filling this book with colorful cusses and characters, Scalzi makes sci-fi fun and engrossing in a way it recently hasn’t been for me. The operative word in the title is collapsing - this is a story about society as we know it falling apart due to endless greed and inexorable changes in the cosmos. That sounds familiar somehow…

Keeper of the Lost Cities by Shannon Messenger (2012)

I want to direct this movie. It’d be like Harry Potter but with the intensity dialed up a little bit and a less cohesive visual scheme - there’s a grab-bag of technology and magic and cultures in here that shouldn’t work but does thanks to simply solid storytelling, and a pace that kept me reading whenever I found a spare second. The central relationship of Sophie and the magical foster parents, who in recent past suffered a tragedy that left them daughter-less, is one of the most expertly played I’ve ever read - nothing is certain, but the stakes are high and there’s no simple answers either. This is also a story in which a protagonist with special powers is made sure that their powers are not cute or prophetic, but dangerous as hell, which is a reaction to the god-children like Potter and Rick Riordan’s The Lightning Thief that I find very welcoming. 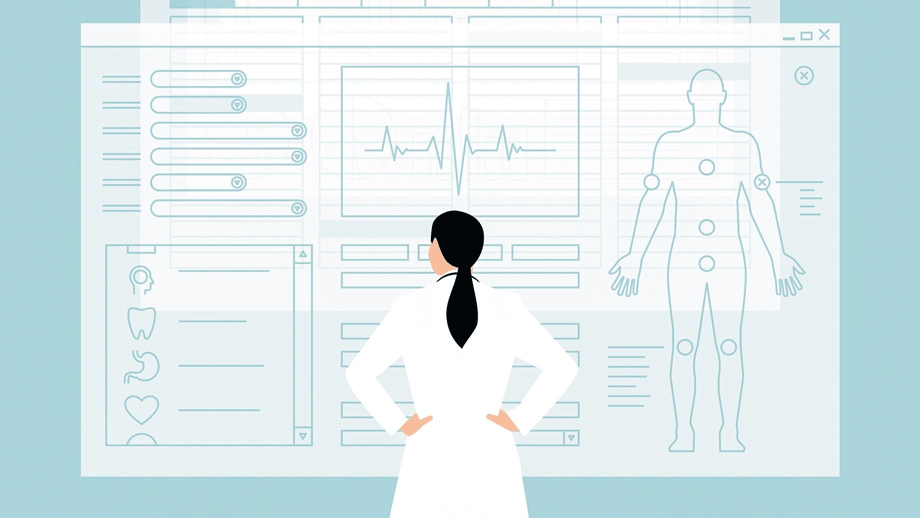 I am apparently in Pocket’s top 1% of users, which is both a humblebrag and a shameful amount of time to be reading things that mostly depress me, especially in contrast to my earlier note about not reading enough fiction, which does the exact opposite.

What Remains of Edith Finch

Thinking about this game is like thinking about an amazing dream you had where you came out appreciating the fact you could wake up. The world I live in came into sharp relief after finishing Edith Finch, and I went and hugged my cat and called my dad. It also is the apex of the trend of short narrative-focused games that dominated my brain and calendar this year, and I hope its success is illuminating.

I had the great pleasure of meeting Mike Bithell at GDC 2018 this year, and beyond being a nice man willing to answer questions from a college student (unlike 90% of people at GDC), he also is creating a great new form of game - the two-hour anthology; Smart sci-fi stories told well while pushing narrative game mechanics in smart ways, smartly made on a budget that lets them be cheap and experimental but clearly successful for Bithell and co. I hope this kind of game catches on, because it’s the kind of thing I want to make, dammit.

To quote Austin Walker, “this is a game-ass video-game.” Titanfall 2 takes every design lesson we’ve learned over a decade and sticks them all into a tight, incredibly smart, and surprisingly emotional campaign that’s like main-lining great design. Never a dull a moment, always a good time.

Honorable Mention: Dishonored 2 (Arkane Studios and Bethesda Softworks, 2016, PC). The first game I can think of I went back to because I flipped through the art book and just missed the craftsmanship of the world and had to see every detail. It breaks down at its ending a bit, but when it works it is completely enchanting. 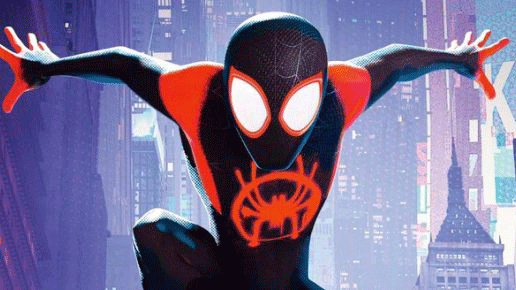 I’m grouping these together because the lesson is similar: animation is a truly special, transcendent medium, and there are simply some stories that can be told better through it, despite what Disney itself might be trying to assert. These are fun, imaginative, happy films that you can let yourself get fully drenched in their colors and wit and messages for a while and come out with more energy than you came in with. In such an exhausting year that’s important.

As a sort of companion piece to American Wolf, this harrowing and brutal drama creates a tone so strikingly different that it haunted me for weeks. I keep meaning to watch it again, but it also contains one of the most senseless, disturbing acts of violence I’ve ever seen in a film, rendered dispassionately, seemingly a fact of life in the snowy mountains.

Honorable Mention: Annihilation for the runner-up to most upsetting scene I’ve ever seen and for inspiring Dan Olson to make a fantastic essay on reading metaphors in film that should be taught in schools everywhere.

Dishonorable Mention: Avengers: Infinity War has soured over time for me because it truly is a lot of punching, some quipping, and then one of the most depressing, nihilistic, and unpleasant third acts I’ve ever seen. I don’t really want to watch this movie ever again, and I couldn’t help but think about what it’d be like to be a child watching your favorite heroes turn to ash on a 40-foot screen. If this is the “Dark Age of Comic Movies” let’s get it the hell over with and get back to having fun.

I know, it’s the Golden Age of TV and all that but I find the pace of television absolutely exhausting, and unfortunately not much that I watched this year left a profound effect on me. I think there was another season of Stranger Things, or was that last year? Who knows! There’s also no easy way for me to recount this, because I am utterly dependent on cataloging my media consumption on services like Letterboxd or Goodreads, so I need that but for TV. 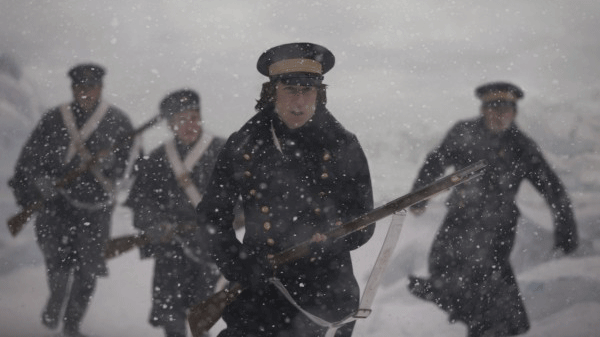 No one watched this show as far as I can tell, but it’s Master and Commander meets The Thing, and I loved it. A well-placed mystery at the center is surrounded by a tangled mess of relationships and British Royal Navy Nonsense and pretty amazing special effects, with some beautifully haunting moments.

This show is like going en pointe on a knife blade - you will be wound like piano wire for most of it, and the answers won’t lesson the tension much. Much like its predecessor Big Little Lies, the audio mixing deserves a shout-out: many scene transitions are cross-mixed in a way where the next scene starts before the current one ends, as if Amy Adams' Camille is constantly about to be hit by a car, or worse, the truth.

I’m not even done yet and I know this is one my absolute favorite things I’ve watched this year. In part because I get to watch it with my girlfriend, which is wonderful because our tastes diverge and we’re both picky enough so that we don’t get to do that very often. Maisel makes us laugh so much that we have to pause it to catch up, but it also makes me blush with second-hand embarrassment intensely enough I have to leave the room. Every time a microphone is left unattended in a room I feel a sense of curious dread - “oh know, what’s she going to do this time?”

Dishonorable Mention: The Haunting at Hill House (Netflix), which was doing so well until it shit itself with two of the worst last episodes since Neon Genesis Evangelion. (Now there’s a comparison for you.)

Despite watching an inordinate amount of online video, I don’t like a lot of it, and I remember even less. That’s probably not a good sign.

This is America by Childish Gambino

This video took the world by storm, and for good reason. With a sudden influx of even more attention it may have come to light that Donald Glover is kind of a dick, but it’s inarguable that he’s an important artist making work that slaps people like me in the face, and that’s good ‘cos we deserve it.

WHERE IS MY NORTON ANTHOLOGY OF POETRY by John Green

(There is something incredibly soothing about watching John Green freak out. That’s not weird is it?)

We Quit the Internet for a Month. Here’s What Happened. by WheezyWaiter

I have far less to say about music than probably any other medium, because I really only listen to what I like and put it on repeat until I’m sick of it and then move on, one album at a time. I use music more for stimulation than for art, if we’re being honest.

“You Say” by Sarah Close

re: member by Ólafur Arnalds

When I first got into punk when I was a kid, Rise Against was in the Tony Hawk games and that was neat, but they didn’t grab me the way Bad Religion did or NOFX. Having spent the last couple of weeks going through their entire catalog obsessively, I think it’s because they are as loudly “intellectual” as the former nor in any way careless the latter; Rise Against instead are incisive and deliberate, their protests spelled out in metaphor and allegory shouted. Songs like “Prayer of the Refugee” and “Hero of War” are the songs we need now, even more than the still truthful but brash “Wolves in Wolves Clothing” or “Kyoto Now!” of my youth.

I have no idea what’s coming out next year. I honestly have no idea, I haven’t been keeping track of the current releases the way I used to, especially after the couple of games I bought this year right as they game out turned out to be just “okay” instead of anything fantastic. Instead I think I’ll continue my method of complete aimlessness, ingesting the media I want when I want instead of trying to keep up to date. Except The Bodyguard because apparently that’s non-negotiable.

I also hope to write more as it all happens, because if you thought this was insufferably long, believe me when I say my actual thought trains are much, much worse. Going all-in on this shit is my prime directive; in years like this, it’s most of what I’ve got left.