Most of the hours were with Fortnite - which I started playing in earnest this year - and I don’t think of Fortnite as “good” or “bad”, because it doesn’t exist on that axis - it’s a statistical and emotional island. Every aspect of it is fleeting, constant in that it cannot be constant, and yet it was the constant among my friends who wanted to hangout and not be stressed and miserable like we were with Apex Legends, or unrewarded as we were by Halo: Infinite or GTA Online. I wasn’t even planning on writing about Fortnite and yet here we are, woops!! 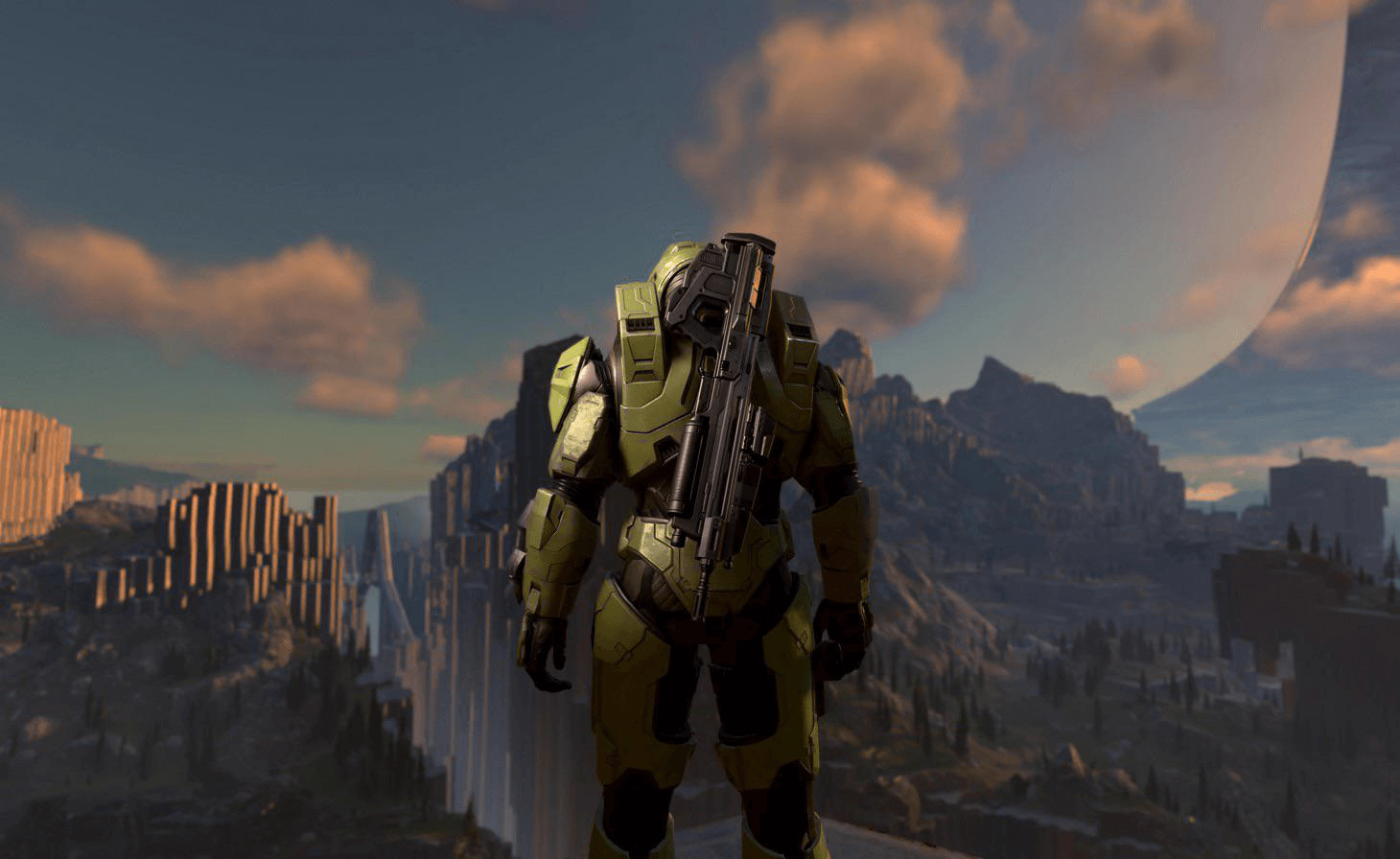 What an absolute surprise this was. I should have known when I was promised a grappling hook and an open world that it was going to get its claws into me, but having been not a real fan of Halo in the past I didn’t expect to be pulled into the mix of meditative exploration and hectic fights. I’ve won more fights in Infinite by the skin of my teeth than any other game I can think of - it’s odd to say but making Master Chief feel scrappy is my favorite thing this game does. At a certain point it feels like Far Cry 2 (that’s right, we’re calling in the big guns) on floating space rocks - stranded in unfriendly territory, constant threat right under the surface of a beautiful world.

Unfortunately it falls prey to Halo’s worst tendencies and includes multiple ass-numbing missions of repetitious tight corridors and droning voice overs that I begged out loud to end soon or end me. They did not heed my call; I suffered through like a good little space marine all to get the job done and then come back for more. 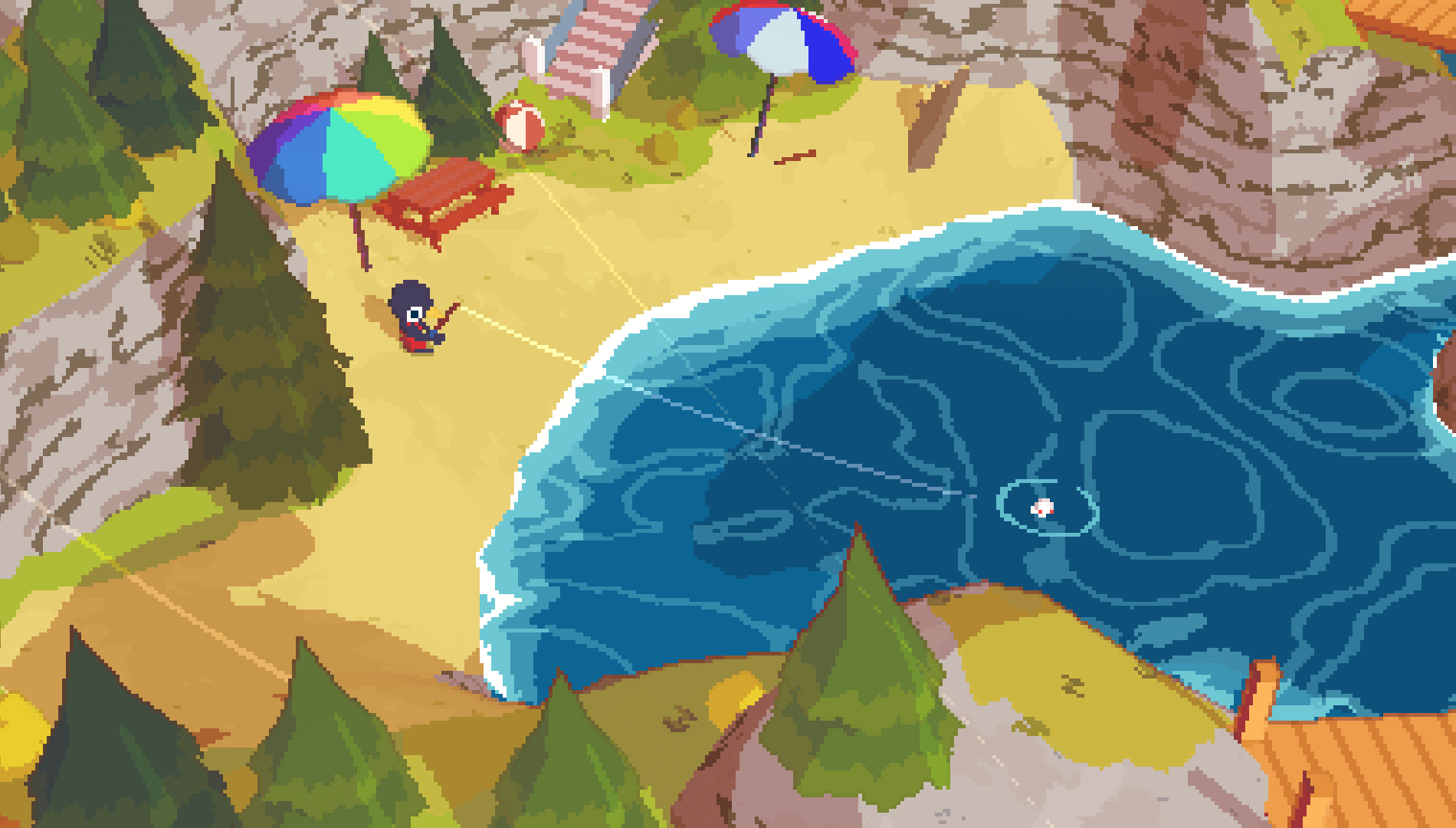 This game is a thesis statement of what you might think games are but aren’t and arguably should be. This game is the magic of exploration, the judicious dolling out of deep mechanics, and telling a story where your success is implicitly needed, but not imperative. An absolute delight in under two hours and full of secrets if you must. This is the art that makes you say “shit, I wish I had made that.” Thank goodness I didn’t - this is much better. 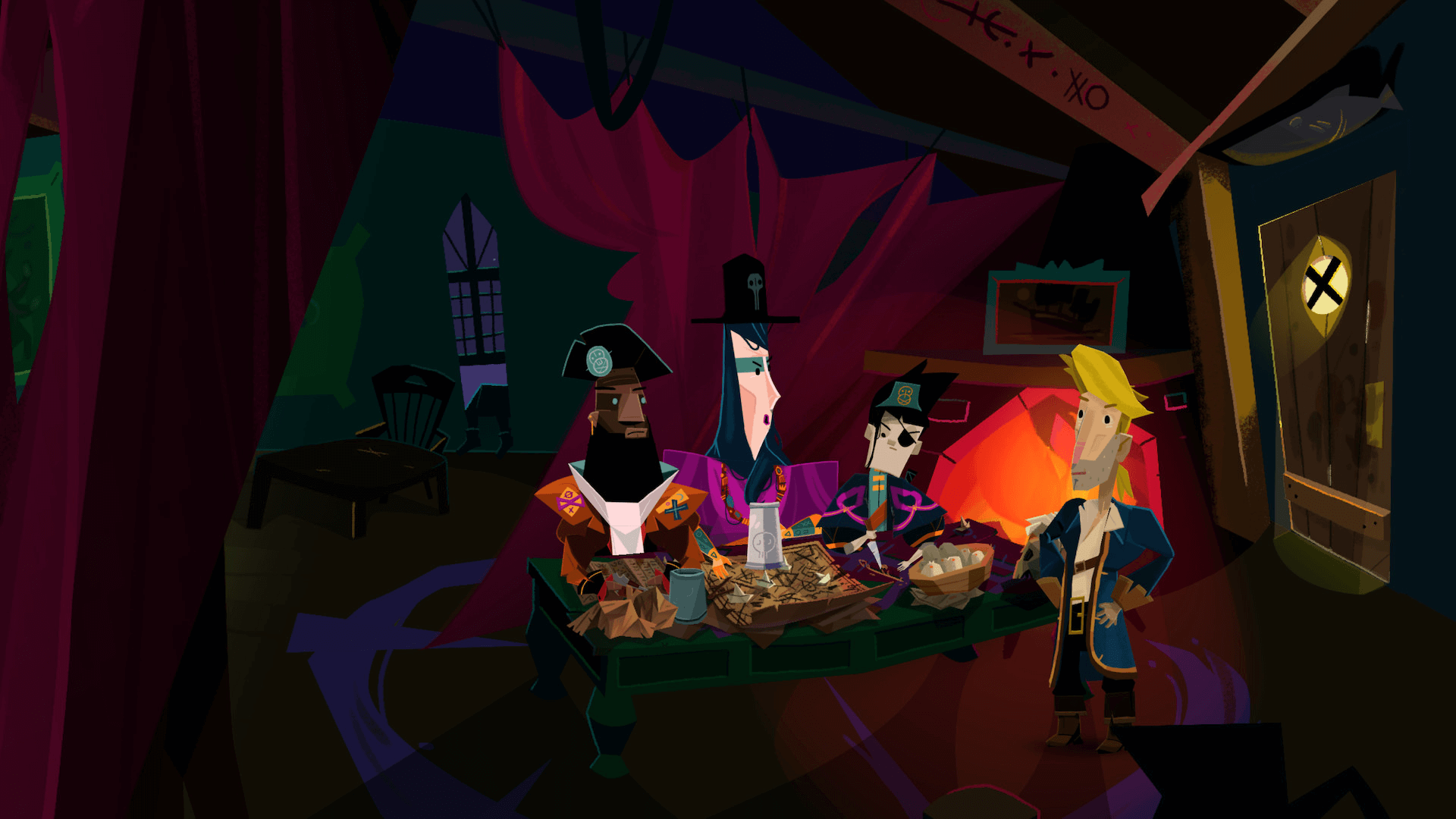 I must confess to having never finished a Monkey Island game before this, having always run aground on moon logic and the dismal state of walkthroughs, which prioritize efficiency over narrative and have you gobble up every item before you have context for them.

Return to Monkey Island has a perfect hint book, one that requires multiple inputs to give away a solution. Otherwise the game itself leads you in the right direction, and there isn’t a stronger drug than figuring out why I needed a crate of limes and an incarcerated used sailing ship seller to get one step closer to the mythical treasure of Monkey Island.

This is the only game I can think of that handles aging well: it could be considered an entry in the “sad dad” oeuvre sweeping games as its senior directors turn middle-age, but it’s cleverer and has more intent than that. This is a swan song of an age that never had a proper close, a tale told to inspire whoever comes next, but mostly to let the creators rest happy.

I finished it on a cold day in the public library, pretending to “work from home”, so that also makes it a 10/10.

Swing and a Miss: Virtual reality, as always. I got a Oculus Rift for dirt-cheap via Craigslist. The seller was quitting the industry and liquidating his collection. It gathers dust, hanging on the wall; the sensor towers clutter my desk, looking for nothing.

I love spectacle, I love technology, I love big sweeping moments and I love “fuck yeah” moments. I want to be unabashedly entertained, I want to be transported, I want to be midair or in space or underwater. Sometimes I want to be challenged and shown the truth; other times, not so much. Maybe movies aren’t the thing I turn to for that - I say regularly that putting a disc in and turning off the lights is the closest thing I get to church; that makes IMAX akin to a pilgrimage - not the time for questions, time for answers to calls. 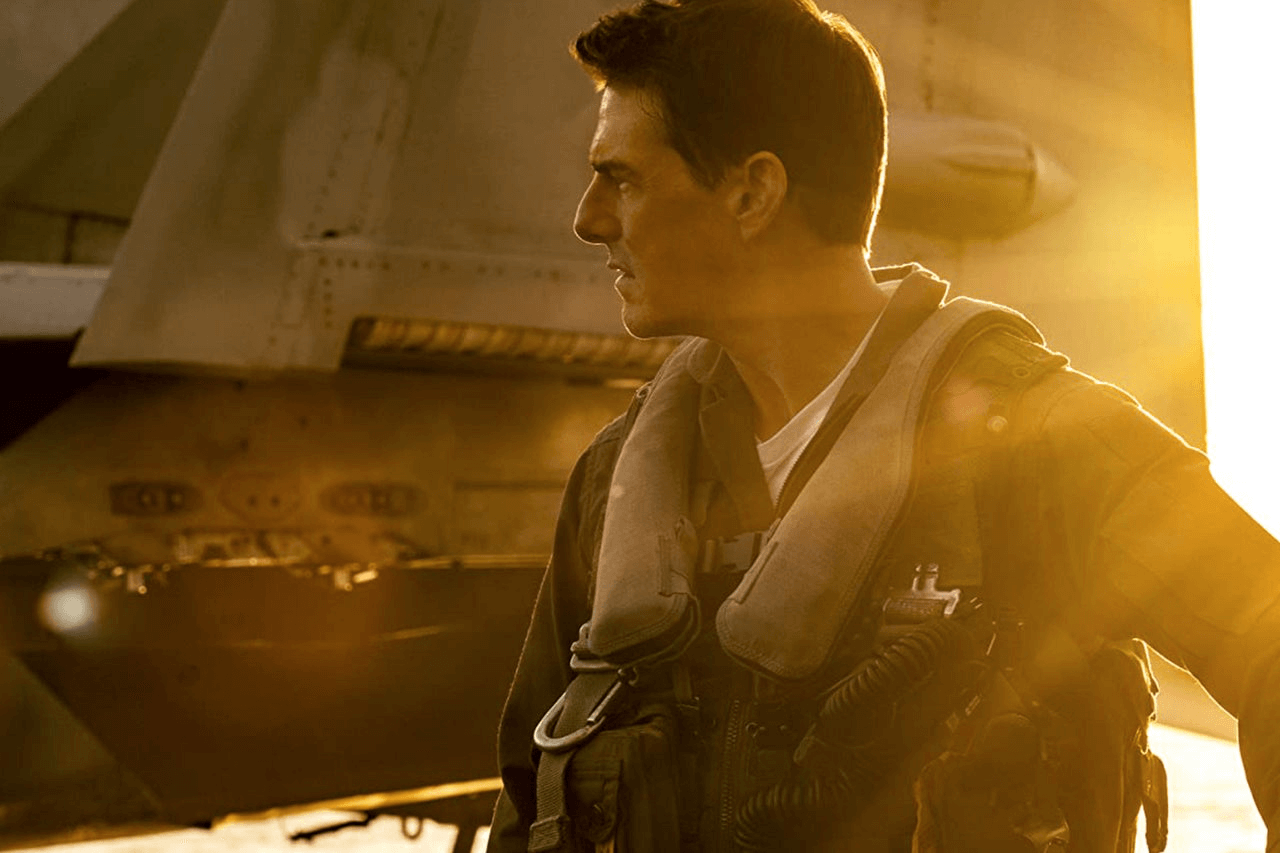 I’m not sure what there is to be said about this. It’s Top Gun: Maverick, with all that entails. It’s not lying to you, it is what it says on the poster. It is what it always declared itself to be, done with the highest degree of skill. Technology and hubris are the mother sauces of movies; thank you, seconds please. 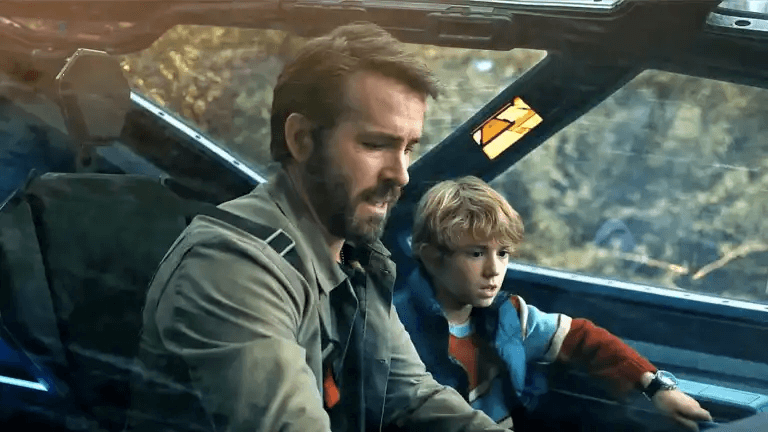 Shawn Levy continues to be the defender of the earnest. Where Free Guy (2021) got too meta and Night at the Museum (2006) always was a bit flimsy, The Adam Project hurts you and it works. This is in fact a movie about a sad dad and a sad son and a missing mother, and it’s got spaceships and time travel stuff! It might have fallen off the shelf in our local video store in 1999 if it didn’t have the far too absent conviction to actually say “I love you”.

Avatar: The Way of Water 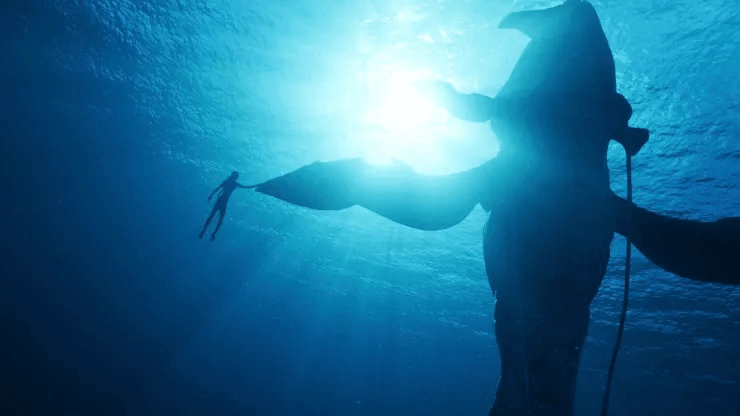 Did I walk out of this a few hours ago? Yes. Did I see it in IMAX 3D with Dolby Atmos and high frame rate? Yes, which following the aforementioned metaphor is like going to a new mecha-mega temple where I was shown that the mortal coil is only there if you agree with the notion or something. Where was I again?

There’s not a single “well, that happened!” joke in this movie. No wink to the audience that they’re watching something, no flinching while playing chicken with your eyes taking in one of cinema’s greatest magic tricks. You’re going to drink this whole thing in and feel it go down; it is the feeling of plugging your nose and going under right as the wave hits you, bowling you over as everything around you churns.

The Way of Water is also explicitly a movie in which the whales kill the motherfucking whalers, and that should be comended.

Biggest Disaster: Jurassic Park: Dominion. There was never any competition.

Prestige TV is dead, they say - there is no more “did you see???” there’s instead “oh my goodness well we just watched-”, which is a very different thing. You are now always selling what show you’ve seen, so you can have someone else to talk to about it. Do you know how much time I spend trying to get people to catch up on The Great? Nearly all of it. 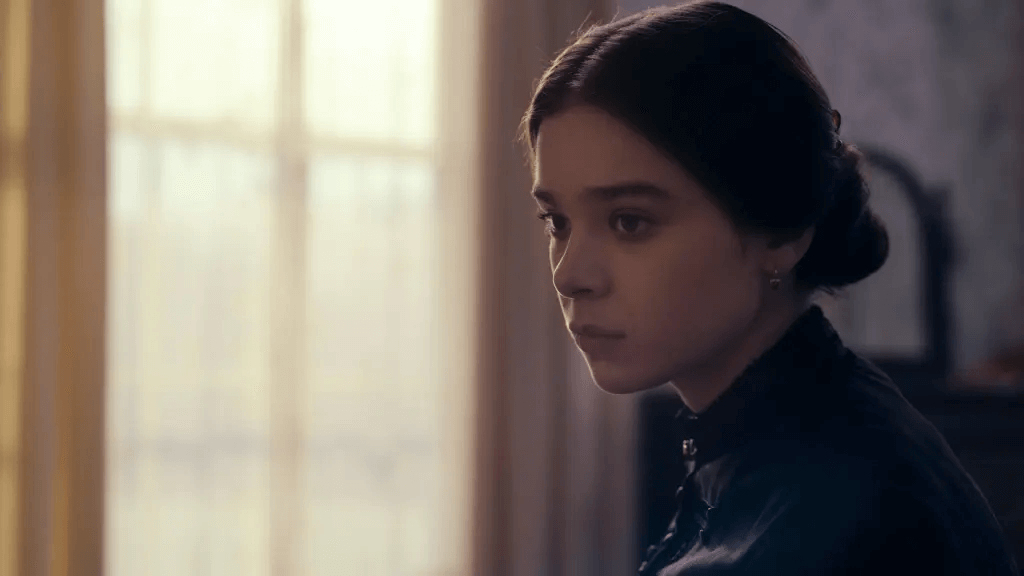 This show felt like a house party you were lucky enough to land an invite to, and season three concludes it with Hailee Steinfeld’s Emily Dickinson turning off the music and asking everyone to wrap it up. The anachronisms are still intoxicating and the disposal of a simple plot-forward narrative gives the creatives a lot of room to play - that’s the first word I’d ascribe to the show on the whole: playful. Charming, bonkers, and ink-splotched also. 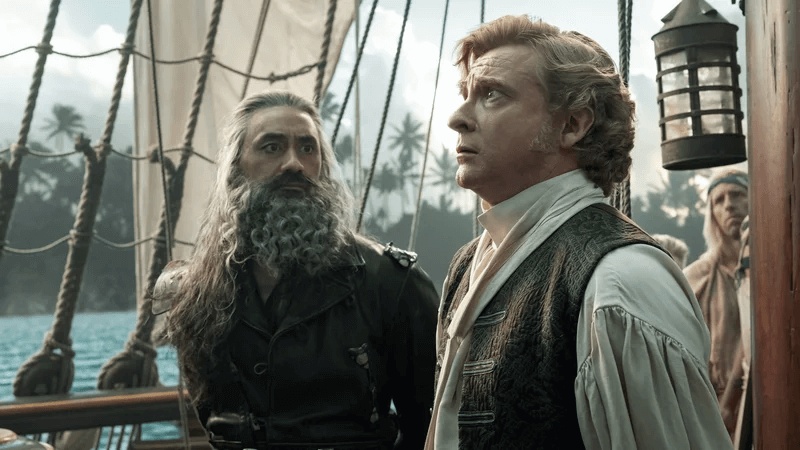 The show we had no idea was coming, another win for on-screen earnestness. Fundamentally it’s about people trying to figure themselves out while being as kind to others as they can, but with pirates and nasty wounds and New Zealand deadpan. It’s another great argument that emotional stakes always feel bigger and more pressing than world-ending ones - a sky-beam can’t compare to Stede buying a cheap treasure map to take Ed on an adventure in an attempt to cheer him up. This show had a rudely uphill battle to get renewed for season 2, and one worries that this kind of high-concept, high-execution, niche audience darling might have trouble surviving the coming lean years of streaming. 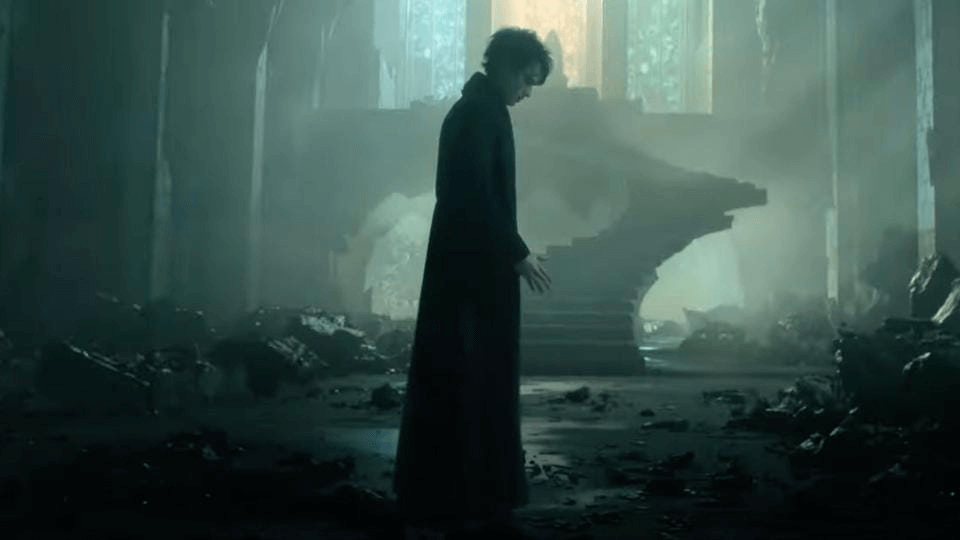 It feels bizarre to be even writing about this show because it seemed an impossibility, but the Netflix adaptation of a cornerstone of comics nonetheless shows the limits of adaptation that explain the difficulty.

It’s a trick that only works once, you see - the specificity and discipline in bringing it to life is a puzzle box, an unwrapping of delights until you hit the ones with the center you don’t like - “The Doll’s House” is an arc that drags and hisses at you, for example. The ones you do like go too quick meanwhile, and upon a rewatch you’re grasping at sand, trying to recapture the magic of seeing it all for the first time.

The love is there though, in every person on-screen and in every decision of what’s in the frame. The actors all are born for their parts: Tom Sturridge’s scowl; David Thewlis' wandering eyes; Boyd Holbrook’s swagger.

By stretching the definition and intention of historical fiction, Groff takes the story of Marie de France and elevates it to the caliber of hallucinogenic vision that Marie is multiple times overwhelmed by, and uses it similarly to the formidable 12th century abbess as depicted: to make us question everything. Piety is Marie’s excuse for certainty, and to be in the headspace of a character so strongly planted is a delight, even as the fellow nuns that surround her - and the Queen and other clergy that grasp at her, trying to bring her back to Earth - are mercurial.

Also intoxicating here is the depiction of a full life, from beginning to end, that doesn’t bog down - having started and trying to return to Kristin Lavransdatter, I appreciate the propulsion. If Goodreads is anything to go by it’s a divisive book, but one that grabbed me precisely because I’m not a good student a history, but I sure do love a good myth.

There are so few ways to adequately tackle this book, its specificities, and uncanny timeliness without spoiling or wanting to go re-read it. Much like one of my favorite movies, the not-seen-enough Predestination (2014), Mandel’s latest fits all together in a way that cannot be predicted, delights, and without a doubt is a writer at the top of their craft stretching out in whatever directions they want to. I’m not sure there’s anything Emily St. John Mandel can’t write about.

“When have we ever believed that the world wasn’t ending?”

Mentioned offhand by a writing teacher in a short story class I took in the fall, this self-labeled “cozy fantasy” about an orc quitting adventuring to open a café is, I suspect, what you need right now, no matter who you are or when it is. It smartly doesn’t remove conflict but it does refuse adventure in the traditional sense, and instead makes the argument yet again - the throughline for this year - that emotional stakes feel bigger and better than world-ending external ones. It’s a quick, satisfying read that makes you want more, much like a hot drink.

I’m going to regret writing this I bet, but I’d actually like to enjoy less media next year than this one, because I want to focus on output. The fuel mixture is off right now and we’ll do the yearly alignment and see what happens, to mix car metaphors. It helps that I have access to more than ever but I’ve cultivated the barest discipline in wanting to be surprised by it more than ever. Filling time isn’t going to be good enough, I want to be swept away.